If you are an early stage startup in Europe building the next big thing in FinTech, reach out to Frank Schwab or Samarth Shekhar. 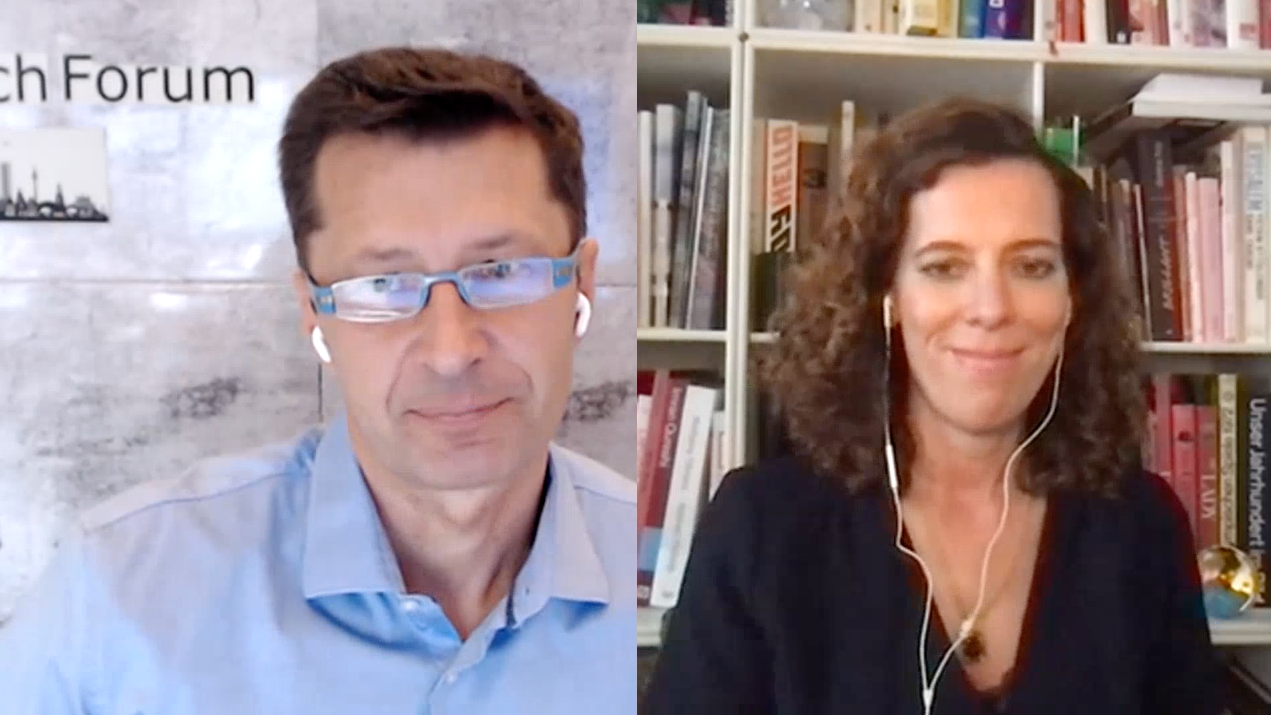 1.​ A year since the first lockdowns- is this is a good time to be building or scaling an Enterprise FinTech (/ InsurTech) firm in Europe?

In the first stage of the fight against COVID-19, the most pressing problem was dealing with the current uncertainty. Many fintech companies, like the rest of the financial system, have even begun to overreact to the crisis. Many of them, including insurtech and proptech companies, have implemented cost-saving measures, including staff reductions. Since many of them rely on transactions and volume for revenue, a priority strategy has been to make sure that as much as possible is variable and fixed expenses are minimized.

In Europe and the fintech sector remains one of the most important areas of innovation across the continent, particularly in large countries such as the UK, Germany and France. It can be seen that the above trends are generally positive for fintech innovators. Total VC investment in 2020 in fintech companies was slightly higher than in 2019, with scaleups rather than early-stage startups being the source of growth. Against this background, Polish fintech scalups and startups still have a lot of catching up to do, but I’m sure that in a few years from a group of companies such as Verestro, Nethone, Creamfinance, CashDirector, Fenige.com, Autenti, Symmetrical.ai or Uncapped will grow into important players in Europe.

1.​ Tell us a bit about yourself and your company.

Sandipan is the founder and CEO of SONECT that introduces sharing economy in cash logistics. After spending 12 years at Credit Suisse as a Senior Program Manager and delivering some of the largest IT initiatives of the bank successfully in payments, core banking and regulatory compliance, Sandipan decided to quit his job, risk his family and venture into the unknown with SONECT as he identified an opportunity to bring efficiency in cash handling and thus reduce the cost of it. He and his co-founders gathered a team of industry experts for advice, raised capital from prominent investors and grew the company from scratch in no time. The company is now a multi-award winning fintech headquartered in Zurich, Switzerland with 3 offices globally and having international customers including major global retail banks.

SONECT disrupts the ATM industry by enabling any shop in the neighbourhood to act as a “virtual ATM”. It democratises the process of cash distribution. What UBER is to Taxis, Airbnb to Hotels, SONECT is for the ATMs. ATMs are expensive for banks to install and operate. Consumers often struggle to find, travel and pay for cash withdrawal from an ATM. On the other hand, cash handling requires merchants to spend time and money. SONECT is a location-based match making platform that connects those who want to withdraw cash with those who want to deposit cash – typically, a shop owner. It builds a community around local businesses and help them generate physical leads. Using SONECT: – local shops not only have less cash to manage at the end of the day but also earn money & attract new customers, individuals can avoid an extra trip to the ATM and withdraw money at the click of a button everywhere and finally, banks can save up to 50% in running their ATM operation costs and generate revenue from location based payment data.

The last two Q&As are part of Scaling Enterprise FinTech | The Handbook, featuring Q&As on the journey to scale, lessons learnt etc. with 16 founders and 10 leading investors.

Berlin-based fintech re:cap today announced the successful closing of a USD 1.5m pre-seed funding round. The round is being led by Entrée Capital1, which has previously invested in fintech startups such as Stripe, Rapyd, Prospa and Fundbox. An internationally renowned group of fintech angels and founders, including Chris Adelsbach, Perry Blacher, Jan Beckers, Ramin Niroumand, Jens Lapinski, Mark Ransford, Chris Hitchen and Simon Leicht have also joined the financing round. re:cap is building a digital marketplace with a financing solution for companies with recurring revenue streams.

Asset Class, a fintech company headquartered in Dublin, with offices in New York and London, has secured $3 million (€2.46 million) in investment.

The fintech said that in addition to expanding its technical development team, it will use the financing to increase its sales and marketing infrastructure.

Penfold, the pensions challenger making saving for the future easier today, has announced the close of an approx. €6.9 million investment round to accelerate growth and expand its team.

The round was led by Bridford Investments Limited, and concluded with a recent crowdfunding campaign on CrowdCube, which reached its approx. €3.6 million maximum target in less than 24 hours.

Penfold’s co-founders Pete Hykin, Chris Eastwood and Stuart Robinson founded the business in late 2019, with the aim of creating a superior pensions experience after battling with the inflexible and jargon-filled traditional providers that dominate the market.

Traydstream, a London based Fintech is delighted to announce the successful closure of its Series A funding round.

The US $8m raised was led by Spearhead Capital in a round from institutional and private investors, including AFG Partners and several European Family Offices.

Barcelona-based counterfeiting, piracy, identity theft and fraudulent online distribution service Red Points has secured up to €15 million in debt financing over the next five years from the European Investment Bank. This is the first venture debt activity in Spain as part of the Pan European Guarantee Fund. Red Points has reserved this debt funding to finance further product R&D.

Founded in 2011 by David Casellas and Josep Coll, and led by Laura Urquizu, Red Points is a SaaS that over 800 businesses use to protect their brand reputation and maximise revenues. The firm leverages AI to scan e-commerce platforms, social networks, and web properties to help businesses identify lookalike products and brand abuse.

One Peak has led a $125 million Series B in London-based Paysend, TechCrunch reported. The startup provides a money-transfer platform allowing users to send funds to 110 countries. The capital will go toward its international expansion, recruitment and product development. Paysend raised $20 million in 2018.

The round was led by Target Global with participation from existing investors OMERS Ventures, Gsquared, Merian, etc.

The company intends to use the funds to expand into the US and Asia within the next two years while strengthening its presence in its existing markets in Germany, Austria, Switzerland, and Poland.

Launched in 2015 by CEO Julian Teicke and founders Fabian Wesemann, and Dario Fazlic, wefox is a full-stack digital insurance company that sells insurance through intermediaries and not directly to customers. In 2020, wefox reported a profit for its insurance business, Furthermore, the company’s revenue increased to $143M in 2020, doubling its 2019 revenue.