FinTech Forum offers award-winning insights and connections into the European FinTech startup and investment landscape. Founded 2013 in Frankfurt am Main by Frank Schwab and Samarth Shekhar, we were recognised by the WSJ/ Financial News FinTech40 40 Innovators Shaping the Future of Finance in 2014.

FinTech Forum was recently featured in the second edition of ZDF’s hit web series Bad Banks 2 (in German, starting at 28:02) – below is an extract:

The FinTech Forum event series – launched in Nov. 2013 at The Airport Club, Frankfurt – showcases ca. 12-15 startups and leading investors presenting what’s next in European FinTech. Over 300 alumni from 20 events have gone on to raise $600m as of end-2018, while leading financial institutions. Reach out to contact@fintechforum.de for participation or sponsorship opportunities for the 12th FinTech Forum, 19th Nov. 2020 in Frankfurt.

Our weekly newsletter – reaching 12000+ subscribers and social media followers- rounds up the key funding and M&A deals in European FinTech, along with Q&As and insights from leading founders, investors and industry experts.

For tailored insights and connects into the FinTech startup and investment space, explore our Think Tank’s advisory services or reach out to contact@fintechforum.de.

Currently, Frank is also a member of the board of directors at Gulf International Bank, Bahrain, member of the risk advisory board at PayU, Amsterdam and a managing director at Inacu Solutions GmbH.

Before he was CEO of Fidor Solutions (Fidor.com), CEO of GIZS GmbH (paydirekt/Sparkasse), Chairman of Hufsy, Copenhagen, and a member of the Technology Advisory Board of Sberbank Technology, Moscow.

Before he was 20 years with Deutsche Bank. Amongst others he was chief architect for retail banking, head of Online Banking, and chief innovation officer. He also set up of the first German laboratory for Banking IT.

Samarth is the co-founder of FinTech Forum, and leads the EMEA presence of SixThirty Ventures, a St. Louis, US-based fund investing in early stage B2B FinTech & InsurTech startups. In 2014 Samarth was recognised by the WSJ/ Financial News FinTech40 as one of the “40 Innovators Shaping the Future of Finance“.

He is the founder of TechFluence (2012), an award-winning research and corporate development boutique. Prior to that, he held sales and business development positions at PwC, OrbiTech (Citigroup spin-off), DSL (Deutsche Bank JV)/ HCL Tech and Capgemini Deutschland.

He holds a BE in Computer Science (BIT Mesra, 1997) and an MBA in Strategy & Marketing (IIM Calcutta, 2000), and is fluent in German and English.

Christian is freelance consultant for digital innovation and transformation in banks and insurances.

As Senior Advisor at FinTech Forum DACH he screens and consults and FinTech Start-Ups in the DACH region.

For several years he was CEO of BeeOne, the digital innovation lab of Erste Group. In this function he was a pioneer in building the first digital banking lab oft his kind in Central Eastern Europe.

Before this assignment he worked as manager in different international functions and Retail & IT divisions at Erste Group and Bank Austria. 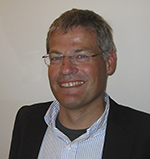 Aline has always been drawn to technological innovation and entrepreneurial challenges. Prior to joining Ananda Ventures she formed part of the investment team of Munich based growth fund Acton Capital Partners and developed expertise in the fields of digital health, direct-to-consumer brands and fintech.

She started her career at Rocket Internet in Berlin where she gained operational experience and consulted founders across Rocket’s core geographies in marketing and communications. She also headed the global PR team of a fintech portfolio company.

Aline holds a Master’s degree from the London School of Economics (LSE) and a PhD degree in Medical Psychology and Sociology from LMU Munich.

COO @ New Zealand based FinTech RIP Global. As the minister of internal affairs, she is responsible for scaling up RIP – setting up lean structures and forming a team that’s going to revolutionize the Business Expenses Market by getting rid of paper receipts, fraud and administrative hassle – entirely.

As former Head of Product Strategy @figo she was helping to move the startup from tiny to 65 employees and a trusted partner of banks and FintTechs alike. She has a background in consulting and is experienced in advising banks e.g. in customer-centric innovation management and digitization of business models.

Nadja finished her Master’s degree in Industrial Sales and Innovation Management as best in class and has a Bachelor in Business Administration specializing in marketing at Hochschule für Technik und Wirtschaft (HTW) in Berlin.

Michael has 20 years of experience in Management Consulting and Financial Services.

Prior to his current role he co-founded the award-winning B2B dynamic payments company Traxpay. At Traxpay he gained first-hand experience how Digitalization can change an entire industry.

Before starting Traxpay Michael spend 14 years at Accenture where he led the Strategy Consulting Practice for Financial Services in Continental Europe as well as the Banking Industry team in DACH.

Michael holds a PHD from University of Mannheim, where he led a research program on object oriented software engineering. He graduated in Business Administration and Industrial Engineering at University of Karlsruhe.

Spiros ranks as the world’s No. 1 Fintech Influencer by Onalytica (July 2016). Furthermore, he is ranked No. 9 on the InsurTech 50 Influencers by InsurTech News (July 2016).

More than 20 years of national and international experience in investment management/research for family offices, UHNWIs, HNWIs, institutional clients and innovation and technology management.

Some of my innovation proposals: FinTech Supermarket, FinTech Agent, Win-Win Fee Model and My 3 Choices.

I have been chosen as an author of @TheFINTECHBook (2016, Wiley), which will explore the future of FinTech.

I also participate in the Fred Alger Management creative program called “Think Further.” In this program, Alger connects some of the best thinkers in the world to discuss disruptive technologies that will impact a multitude of fields in the next 5 to 10 years.

Investment committee member of one of the leading multi-family office fund advisory firms in Switzerland and Europe. Its 10-year return placed the firm within the top 5 percent among its peers.

Co-founder of an innovative financial software company based in New York.

Founder of one of the first expert websites (innovative search engine) based in New York.

Ufuk has more than 25+ year’s experiences in senior positions with startups and software technology companies such as EDS, VMware, Citrix, Novell, NetMotion Wireless.

He developed and managed strategic alliances, partner sales, enterprise sales and global accounts in Central EMEA with a strong focus on software technologies and solutions for the verticals financial services and telecommunications.

Prior to his current role, he held the position as Country Manager Germany, End-User Computing Business at VMware and led the -desktop, mobile, cloud- business with sales partners and enterprise customers.

Before VMware, Ufuk founded OST Operation Systems Technologie GmbH in 2013 – a German sales and technology advisory company with focus on investors, startups and software technology vendors. OST assists his clients to establish their business and to develop new markets.

He began his career as an IT outsourcing consultant and software systems engineer at Electronic Data Systems.

FinTech Forum in the news

There’s a new dawn breaking in finance. That’s the hope that’s fueling the groundswell of interest in financial technology, with companies being founded almost daily that aim to overhaul the way financial institutions and their clients operate.

Financial News 40 Leaders in FinTech (Financial News)
… “The FinTech Forum’s first event, in Frankfurt in 2013, involved 20 start-ups – including Open Bank Project, an open-source APi and app store for banks – presenting to investors and potential buyers such as Credit Suisse. It has since hosted an event in Frankfurt and is planning a third.”

Financial News Publishes Inaugural List Of The Best And Brightest In Fintech With Fintech 40 (Dow Jones)
Financial News, the leading publication for the European investment banking and securities industry, has published its first ever FinTech 40; a list of the top 40 people in Europe’s burgeoning fintech industry.

The time is ripe to change the banking system (Financial Services Club Blog)
There are plenty of innovations taking place in the world of finance and technology, and yet most appear to be London-based after the creation of the London fintech City…In fact Germany, Austria and Switzerland are a relative hotbed of fintech innovation too, as the FinTechForum.de demonstrates.

Events Diary 18 – 24 November – Our pick of the hottest startup events this week (VentureVillage)
FinTech firms use innovative technology (e.g. social media, mobile, big data) to transform traditional banking services such as lending, payments or trading. The FinTech Forum is the first conference for FinTech startups, investors and banks in the German-speaking region. The event brings more than 20 innovators together with high-profile investors and banks.