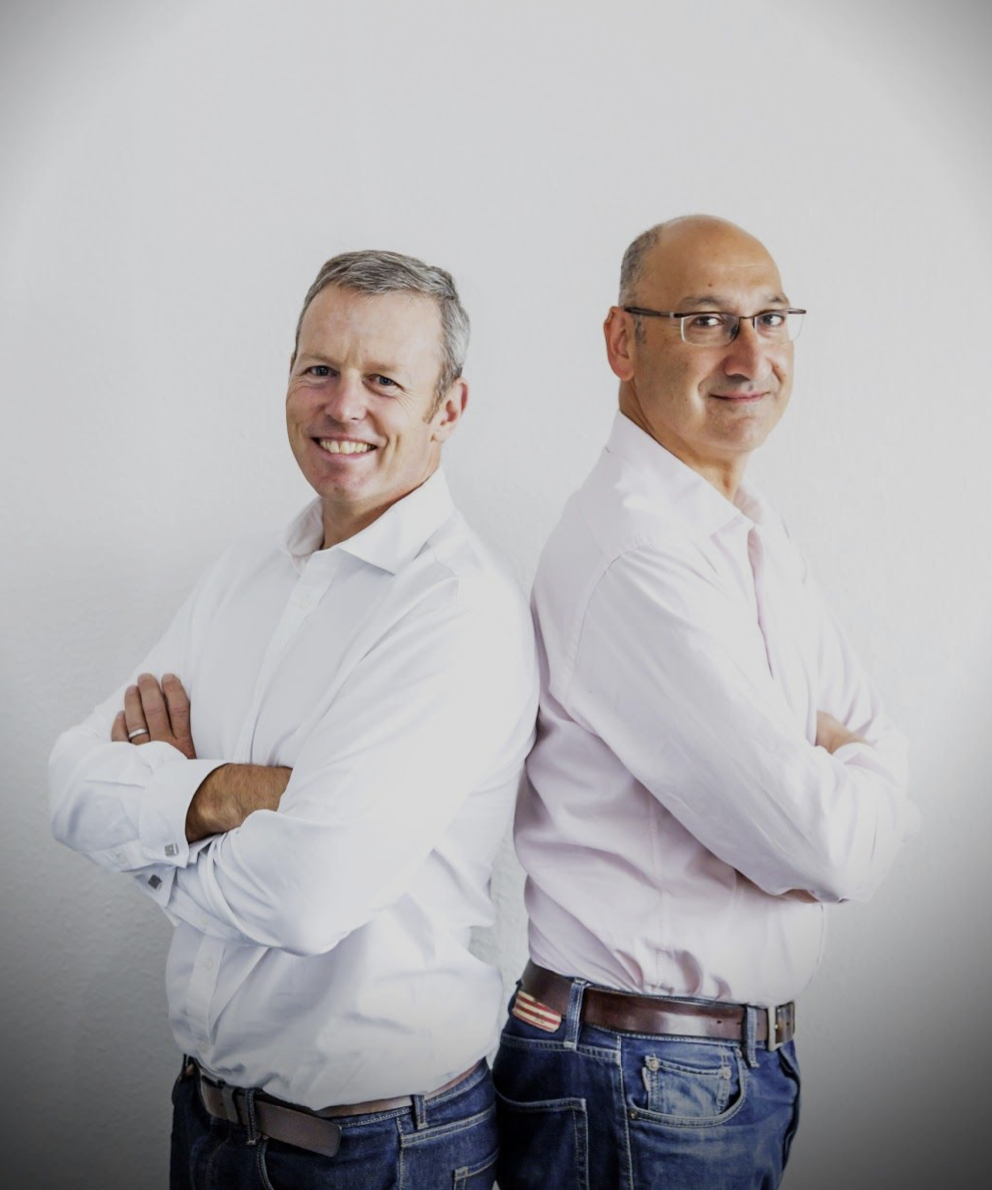 This interview is part of Scaling Enterprise FinTech | The Handbook, launched in Mar. 2021 in partnership with SixThirty Ventures and Finovate Europe. The Handbook includes proprietary research on ca. 65 Enterprise FinTech scaleups in Europe, Q&As with 16 founders on their journey to scale, as well as insights from 10 leading investors and financial institutions. Whether you are a founder with an idea, an early stage startup looking for inspiration and learnings, or an investor or financial institution looking to understand the difficult but rewarding journey to building a world-class Enterprise FinTech firm – download the Handbook here http://www.fintechforum.de/sef/

1. ​Tell us a bit about yourself and your company.

We, Mark and Dinos, met when we worked together at Bloomberg in London​.​ Later we got in contact with Ralf Henke (a Germany-based financial technologist) to discuss our idea for a modern, innovative fixed income trading solution. Ralf became our other co-founder. Soon after we created AxeTrading, a fixed income trading software company that enables unique market making, quoting, bond pricing and order execution.

2. ​Give us the backstory- how did you get the founding idea, and how did the first sale come about?

Just after credit crisis of 2008, Fixed Income was still in hands of global banks, many of whom had had contributed to and been badly impacted by crisis. Those that survived were retrenching to core markets and were withdrawing from certain roles the had previously played. Investors in peripheral or regional fixed income markets were still looking to trade but were no longer able to get the access and liquidity they needed. This coincided with the growth of electronic trading platforms and what would become a market wide explosion of new venues and a change of focus away from mainly big market makers. Until AxeTrading, there was no easy way that regional or smaller banks and brokers firms could access e-trading without engaging with the large incumbent legacy tech firms. This was the big opportunity to serve these new players

The idea being AxeTrading was to provide more modern tools designed to address the challenges of a rapidly changing market place which was becoming less well served by the incumbent tech which had been around for over a decade. The firm was conceived during this time of rapid evolution – a new landscape, with new challenges and a new way of thinking.

The first sale was to an Eastern European challenger bank active in the Euro bond market that had the ambition and opportunity to make a fresh technology choice – they chose AxeTrading following a highly. competitive pitch. The next was a South African bank, also a competitive pitch – the key decision moment for them came when we were able to give a live demo in their office of what their trading landscape could be, which was transformative for them.

3. ​Could you summarize your journey to scale from a sales, go-to-market and business development perspective, perhaps split into 2-3 key phases?

The first stage had Mark as the only salesperson cold calling prospective clients and doing demos with a skeleton technology team. It took about four years to secure the first dozen customers and expanded the tech team.

The next stage saw us get external investment from a leading specialist capital markets fintech VC fund which meant we were able to hire additional salespeople to expand into Singapore and Australia. We started to scale up shortly after with a carefully planned expansion of technologists, support and delivery.

The current stage has seen us receive further significant investment from VC funds and strategic investments from the International Finance Corporation and a leading Asian capital markets technology firm. The business has grown significantly in terms of clients, product, and personnel. We have expanded our software offering to cover the Sell-Side, Buy-Side, Broker Dealers and Exchanges We now have clients across 5 continents: in North America, Europe, Africa, Asia and Australia.

4. ​Which was the most challenging phase, and what would you have done differently?

It’s always an ongoing challenge, the challenges change at every stage, there is no single point that stands out. The most critical task is balancing the competing demands of resources, engineering, liquidity and strategic development. It’s an exciting though demanding problem to continuously ‘square the circle’.

5. When did you decide to expand to the international/ US market, and how? When did you first decide to raise venture capital, and what has been your approach to financing growth over the years?

We’ve been international since day one, it’s the nature of our market and our company. We had been self-funded for the first 7 years, in 2017 we decided to fund raise in order to accelerate growth and meet the rising demand for our products. A subsequent investment round (Series A) took place in 2020. All our investors are also partners who can provide insight, advice and contacts to aid our growth.

7. ​How is building an Enterprise FinTech firm different from a “regular” SaaS /Enterprise Tech company, and what three things should founders get right?

Our clients are regulated and often listed entities which require more exacting standards and capability from their suppliers. There is very little room for compromise.

8. ​What’s on the priority list for you and your team for the next year?

Our broad goals are to deliver on our strategic plans and capitalise on the opportunities from our latest funding round that closed in 2020. We will continue to take advantage of the extraordinary opportunity afforded by on-going technology evolution of the bond markets that has been accelerated by Covid.

9. ​Where is the financial services sector headed in the next 12-18 months, and what should we be watching out for?

Specifically, the bond markets will be impacted if inflation and interest rates will rise at some point. Even if they remain at historic lows, the changes to QE will impact liquidity. Governments and Corporates worldwide will continue to issue bonds, but we think there will be a significant shake out in many sectors of economies around the world as the longer impacts of Covid work their way through the system. This is going to drive volatility and ongoing growth of the fixed income markets. We are going to see more new market entrants taking advantage of technology to become significant market participants. Incumbent or legacy technology providers will continue face competition as their clients look to access best in class and interoperable solutions and not be tied to fixed services.

10. ​Your favorite place(s) for a meal, coffee or drink (pre-COVID19)?
The Garden Café, Finsbury Square and the Red Lion Pub on Eldon Street in London EC.