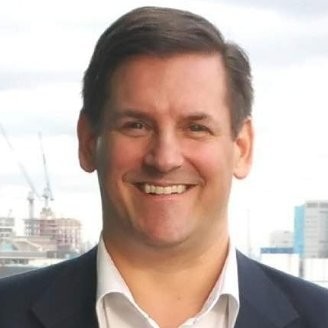 This interview is part of Scaling Enterprise FinTech | The Handbook, launched in partnership with SixThirty Ventures.

1. Tell us a bit about yourself and your company.

I am the Chief Growth Officer of Billon – the fintech scaleup which created the Unified Enterprise DLT System.  What makes Billon special is that it saw weaknesses in the ability for blockchain protocols to handle the complexity of compliance.  For this reason, Billon creates a new, eco-friendly layer 1 protocol which unifies fiat digital cash, documents and non-cash tokens into a single, high-performance distributed ledger (DLT). The system, designed for maximum throughput and low cost of maintenance, meets regulatory requirements and solves challenges for the wide adoption of blockchain technologies. As a result of this innovation, we are now moving past the early commercialisation stage, and we have over 20 clients.

Before joining Billon I was a challenger bank leader.  I founded or ran two challenger banks, building them from scratch – Inteligo in Poland and Equa in Czechia – and I also became a payment expert with several years of experience in both Barclays and HSBC. The passion for challenging the status quo has always been in my blood, even during my early years as a consultant at McKinsey, so you could say that I have been fighting for change during my entire 30-year career.

3. Give us the backstory- how did you get the founding idea, and how did the first sale come about?

Billon’s founder, Andrzej Horoszczak, provides the deep tech inspiration and vision for a new blockchain. Early in 2010, after leaving his banking security career to be the CEO of a health & wellness portal offering health news and articles, he faced the problem that while he could turn eyeballs into income, he couldn’t monetize individual articles. The cost of processing a bank transfer was simply higher than the size of a small payment for an article itself. It was early days for bitcoin and many promised this as a micropayment solution. But when Andrzej looked more closely, his technical background led him to drill into the code base with an expertise that few possessed. He realized even then that while a distributed architecture would be revolutionary, the underlying power consumption and the lack of regulatory controls – problems which are widely known right now – would always frustrate adoption. So he quit his job, and decided to fix those problems.

Andrzej assembled a team of experts and scientists, and consulted with former regulators.  After completing the invention of a set of new basic principles for distributed ledger technology, he was ready to start the company. Together with the cofounder Robert Kałuża, head of strategic analysis at Orange bureau in Warsaw, they started to build the technology.

After years of work as an R&D project, Billon Group was incorporated in December 2015 in London to commercialise the technology.  The remainder of the board joined soon after, including myself who led the effort to move the HQ to London and to secure fundraising and international partnerships. Jacek Figuła from Cisco joined a couple of years later to drive commercialisation.  And in January 2019, Wojtek Kostrzewa, a seasoned C-level executive with almost 30 years of experience in leading banks and media, joined as CEO to allow Andrzej to focus fully on the technology as CTO and Chief Visionary Officer. Today, the company is based in London, but retains its Polish roots as the majority of the staff work in the R&D center in Poland.

Our first sale was to Philip Morris International which was looking for a streamlined business solution for the merchandising reward program to independent retailers. Billon provided PMI with an end-to-end direct payout system using digital cash which brought 25% cost savings and reduced unspent benefits by 80% through digital engagement of retailers.

3. Could you summarize your journey to scale from a sales, go-to-market and business development perspective, perhaps split into 2-3 key phases?

Bruce Tuckman in 1965 authored the concept that every company has to go through the 4 stages of forming, storming, norming, and performing. For Billon as a deep tech company with dozens of programmers, the first two stages take longer than they might for a company who is, for example, selling face masks.

Just recently we completed the major milestone of a full integration of code bases which were developed for fiat cash and for document management. The regulatory challenges of managing identity and privacy are more complex than most people realize, as the cryptocurrency world can obviously ignore such regulations. So in my mind, this is the milestone that signals the end of the storming phase, and we are now entering the norming phase, with a strong set of investors and over 20+ clients.

4. Which was the most challenging phase, and what would you have done differently?

Our main challenge was that the 1st world-wide use case for blockchain was cryptocurrency.   It was nearly impossible to separate blockchain technology from crypto due to the buzz and hype linking the two.  So many companies jumped into blockchain to do crypto that it was nearly impossible at that time to point to use cases where the technology could be deployed without it. So how to argue that the world also needs blockchain without crypto, when bitcoin prices were soaring?

I have to note that Billon did not pursue the “easy” money available by issuing a crypto coin, as we were in the application process for payment licenses.  We could not argue that we were committed to be compliant if we had pursued an ICO. Also, during this time, we won several Polish and EU grants, which kept our focus on R&D rather than commercialisation.   And then there was the pandemic, when companies slowed spend on technology.

All of which brings us to today. However, with the insights I have now, if I jumped into a time machine with the ability to do things differently, I would not change much. We see now that the market has changed. Regulators want digital national currency and blockchain, and we made the right decision to pursue this path and wait for the market to be ready for us.

5. When did you decide to expand to the international/ US market, and how?

International expansion was our focus from day 1. Any solution which would improve the global infrastructure for payments and data exchange must be global in its scope as well. To help the expansion we established our HQ in London, as it is a global fintech centre. We also recruited an international Advisory Council, with senior figures from world’s top commercial hubs, like New York and Shanghai.

In 2018, we won entry into FIS’s Venture Center accelerator program, and with both their assistance as the global banking IT firm and investment  we are always looking into the US (and other markets) for opportunities.

6. When did you first decide to raise venture capital, and what has been your approach to financing growth over the years?

We started raising capital almost immediately, with a number of micro-funds and FIS/Worldpay’s investment joining in our seed round(s) of just over $2M raised through 2018. When our new CEO, Wojtek Kostrzewa, joined in early 2019, he and our strong base of angel and small fund investors made an early commitment to drive the financing round, followed by a number of reputable international private investors. The round was complemented by FIS as Billon serves them as a client and we maintained a relationship with FIS following graduation from the Venture Center acceleration program. We concluded Series A with a $6M result in March 2020 – a remarkable achievement given the COVID-19 pandemic shock.

7. How is building an Enterprise FinTech firm different from a “regular” SaaS / Enterprise Tech company, and what three things should founders get right?

An enterprise fintech firm provides a platform that supports tailored solutions for individual clients more often than a ready product. This is in contrast to a SaaS company which more often provides the same product to many customers, and services its few products for many.  So it makes sense for blockchain companies to more often focus on enterprise solutions, as the maturity of products and use cases are still evolving.

What founders of enterprise technology need to get right is to understand the difference between “consultative” solutions and a product. In short, a consultative solution involves solving a client’s problem in a collaborative manner where the client is covering the cost of development with paid fees. On the other hand, a product doesn’t generate revenues until it is finished. So a product requires upfront investment.

These two approaches – a consultative solutions approach, and product-oriented approach – dictate differences in required skill sets, team structures, and even sales (as selling to client needs is different than selling from a product battlecard).

All the other points about what a founder should get right are universal for most start-ups.  If you hire great people and remain focused on delivering a compelling value proposition to clients, it is far easier to raise money.

8. What’s on the priority list for you and your team for the next year?

As a Unified platform, which unifies national currency and documents, we have initiatives in both categories. For regulated digital cash, we are launching a showroom environment which would allow anyone to experience one of the possible use cases of the system, i.e business to consumer incentive payouts as well as the use of regulated digital cash for merchant services payments.  With regards to documents and non-cash assets, we are participating in developing EBSI, the EU-sponsored European Blockchain Services Infrastructure.

Our long term goal is opening the platform to third parties (fintechs, software companies, consultancies, consortiums, etc.), by providing necessary tools (API, SDK, code documentation) to create independent solutions. The Unified Enterprise DLT can then become the backbone for all kinds of enterprise applications and unleash the transformational capabilities of blockchain in the paperless and tokenized economy.

9. Where is the financial services sector headed in the next 12-18 months, and what should we be watching out for?

Digital national currency applications – both regulated and unregulated – will continue to reshape the underlying premise of how financial services and payments can be conducted. We should watch out for central banks running advanced pilot projects of CBDC (central bank digital currency) and discussing the feasibility of its full-scale implementation. At the same time other players – fintechs, commercial banks and other financial institutions – will explore the use of digital currencies under current regulations, not waiting for the great CBDC reveal, but also looking to overcome crypto limitations.

I love many restaurants in the UK, though I would say that when I am in Canary Wharf, I tend to frequent Rocket.When I visit Money 20/20 in Amsterdam, Supperclub is often my choice for the evening.